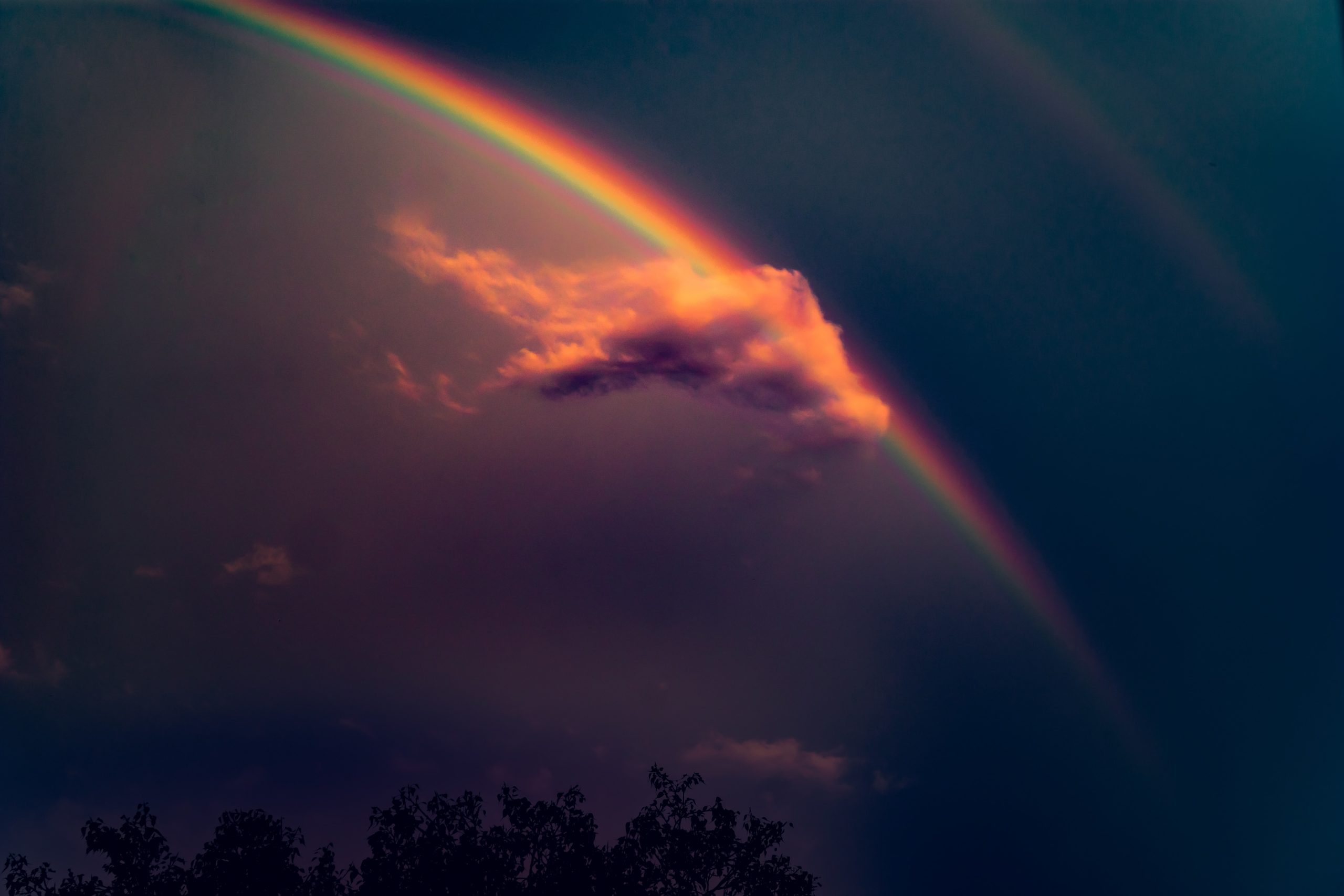 “I have never felt happier or more in love than I did the day my daughter was born. My whole world changed that day—just as it did the day I suffered a miscarriage.

After every storm comes a rainbow—a sentiment that couldn’t be more true for parents welcoming an infant after experiencing a loss. A “rainbow baby” is one that follows a miscarriage, neonatal death, stillbirth, or infant loss—and they’re more common than you might think. Here are the stories of 3 mothers who  tell us about their own rainbow babies: Each mother went through unimaginable pain before welcoming a unique and beautiful miracle into her family. But if there’s something every single one of these mothers agrees on, it’s that those experiencing loss need to know that they aren’t alone.

“August 2008 seems like a lifetime ago. That’s when our infertility roller coaster would start. I had no idea the path we were headed down would bring such loss, sorrow, anger, fear, and ultimately joy. My husband and I decided to seek the assistance of fertility treatment. We met with an amazing team of doctors, nurses, and support staff. They were all very welcoming and encouraging. Much to our despair, we were cheated month after month. Testing, drugs, needles and three failed pregnancies. We met our match—my reproductive system was as stubborn as my personality, but I was persistent. After five years we were exhausted! The specialists told us that this was the end of our journey with them because my body was not responding to treatments. I kept researching and grasping for any hope that this wasn’t how it was going to end. Fast forward to December 6, 2013. I spent the day with a wandering mind. I was four days late in my cycle so I went ahead with a pregnancy test because I thought it would ease my mind. I was taken by surprise as I saw that double blue line instantaneously fill the window on the test. My journey to motherhood was finally beginning. I still wonder about the others—the four babies that could have been. The losses we endured will never be erased, but my rainbow baby gave me purpose and gave me my hope back. Nolan is that bright beautiful rainbow after my storm. He is everything I hoped he would be! I will leave you with these parting words: Good things come to those who believe, better things come to those who are patient, but the best things come to those who don’t give up!” —Courtney Slater

“We had an uneventful pregnancy with our first son. When I went into labor at 39 weeks, everything was great and the baby was doing fine. It wasn’t until after my water broke when things went wrong very quickly. He died during labor—I delivered him on January 25, 2013. Soon after, we began trying for another baby, only to be told by the doctors that, due to a medical condition, I only had a 1% chance of conceiving naturally again. We turned to infertility treatments, but lost our IVF baby early in the pregnancy. We gave up trying to get pregnant and began to start the adoption process. We were matched with a little boy from South Korea in 2014. We had long forgone the idea of getting pregnant, when we realized early in 2015 that something was off. Four home pregnancy tests later, we found out that were pregnant. We were not sure what to think of it—whether we should be happy or worried that the same thing would happen again. I was scheduled to have a C-section at 37 weeks and during the last ultrasound the doctors determined that it was best to deliver that day, two days ahead of schedule. At 9:45 p.m. on September 15, 2015, our rainbow baby girl arrived, safe and healthy. It was the best cry we have ever heard in our lives. We spent the next few days and weeks following her birth just staring at her face, cuddling with her, and soaking in the feeling of holding a living baby in our arms. Six months later, I still find myself randomly checking on her in the middle of the night to make sure she’s still breathing. I’m beyond blessed to have the luxury of staying home full-time to take care of her and I worry a lot when someone else has to take care of her for even just a few hours. With each milestone that she reaches, I find myself crying inside. It’s a reminder of how much I missed with my son. Parenting after loss is hard—the emotional roller coasters, balancing joy and grief, and the unknowns. My daughter is the most precious gift we have ever received, an unexpected blessing and miracle. Her first and middle names mean ‘fields of Heaven’ and ‘bright.’ We’re looking forward to embracing what lies ahead with our two rainbows: Our baby girl and an adopted son who will join us in a few months.” —Athalia Tjandradjaja

“Our journey to our daughter was a long one. We knew we wanted our oldest daughter to have a sibling. We naively assumed another child would follow quickly, but years passed and no baby came. We turned to a fertility specialist who, after running exhaustive tests, labeled me with the ambiguous ‘unexplained secondary infertility’ label. In this time, we lost five desperately wanted pregnancies. Around April 2012, my husband was able to come home from his deployment to Afghanistan for two weeks, and the timing was perfect for a medicated cycle. We were elated to find out several weeks later that the cycle was successful and I was pregnant—I even tested positive on Mother’s Day. We thought for sure it was our happy ending. My husband returned to Afghanistan and two days later, I got the call from our doctor’s office that the pregnancy was failing and our baby was gone. Around this time, we thought that perhaps we were not meant to add to our family through birth and we contacted several adoption agencies. Meanwhile, my husband returned home from deployment and we agreed to do one last medicated cycle. It consisted of multiple self injections a day and a reaction to the meds called OHSS that landed me in the hospital. We were shocked to find out that this cycle was actually successful and we were expecting again. Because of our history, we were, of course, hesitant to be too excited. I continued with two self injections a day throughout my pregnancy—and it worked. Our beautiful daughter was born on July 10th, 2013. Given our history, we thought our family was complete, at least through biological children. So, imagine our complete surprise when, at just 11 weeks postpartum, we found out we were expecting again. Not long after that, we received orders to be stationed in Germany. We moved, and our son was born in Germany in July 2014. Shortly after his birth, we received an e-mail from an adoption agency we had contacted years prior, when we were struggling to conceive our daughter. It had a picture of a beautiful two-year-old boy, a child that I instantly knew was a child of my heart and belonged in our family. We certainly weren’t expecting to be actively pursuing an adoption at that time, but now here we are, waiting on the final signature to make the adoption of our son official and legal so we can bring him home! Had someone told me, in the throes of our infertility struggle, that our home would eventually be filled with the sounds—and the love—of multiple children, I would have never believed it. I look at my daughter, who we waited so long for and went through so much physical and emotional pain to conceive, and I can say without a shadow of a doubt, she is worth every tear shed, every needle stick, every ounce of devastation. She’s truly our rainbow after the storm.” —Alexandria Robinson