Honouring a baby you have lost 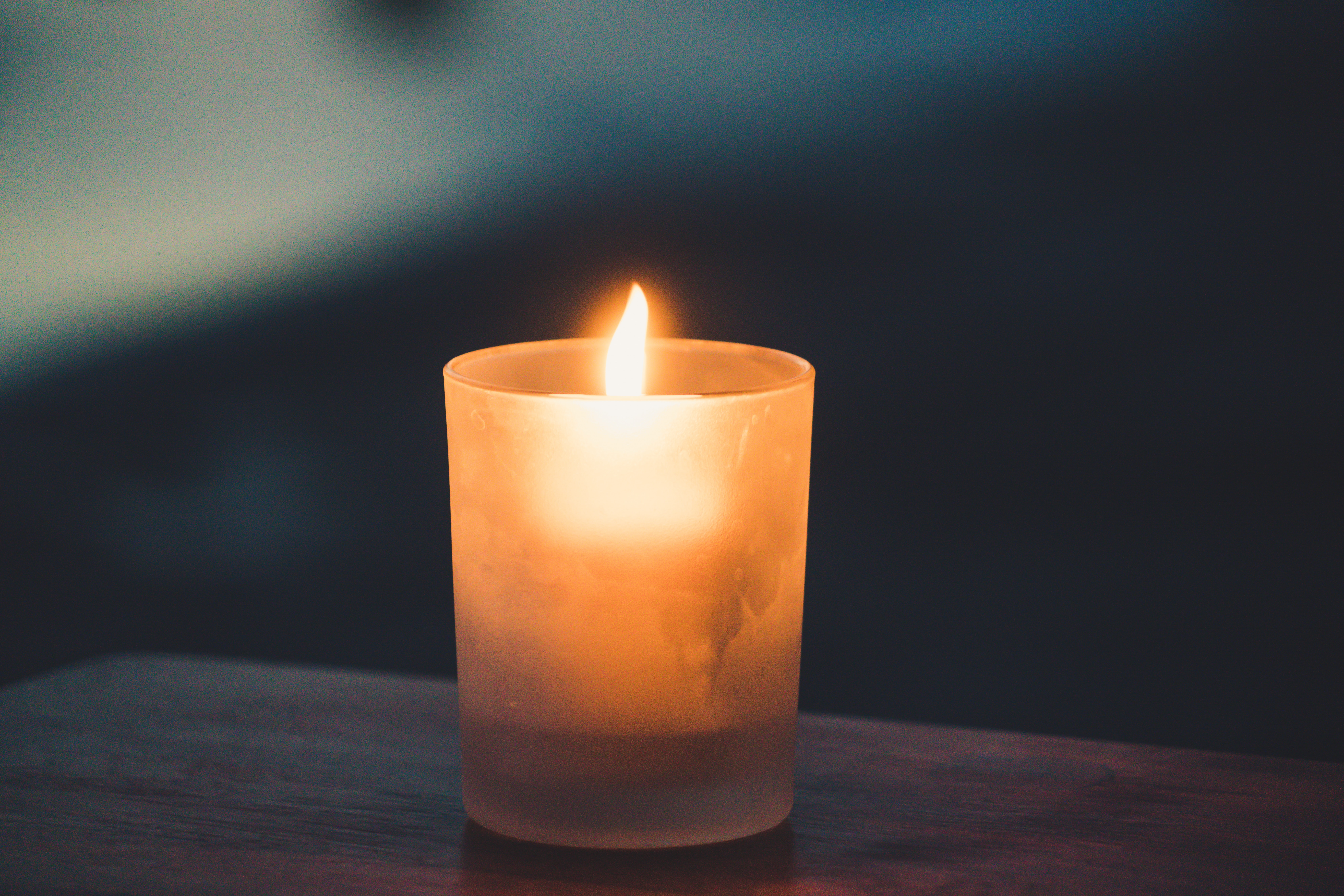 Honouring a baby who dies in pregnancy or infancy

Christine Duenas lost her baby when she was 39 weeks and 3 days pregnant. She went into labor, but then something went terribly wrong. Before her baby could take her first breath, she died. Her daughter, Olive Lucy, whom Christine and her partner call Lucy, was stillborn.

“When the doctor confirmed that her heart had stopped beating, time stopped for a moment. I realized that life would never be the same for our family,” Duenas says.

On Lucy’s first birthday, Duenas took flowers to the cemetery where her daughter is buried. Then she and her partner, Watson Kawecki, went out to dinner with good friends, ate special cupcakes, and lit a candle.

Every year since Duenas has celebrated Lucy’s birthday this way. It’s a difficult time, but honoring and remembering her daughter makes Duenas feel connected to Lucy and helps her handle the feelings that arise.

“I dread the days leading up to her birthday,” says Duenas. “I stress that the cupcakes I want aren’t going to be available or that I’ll be running late to the cemetery. But it also gives me a new perspective on the year that has passed. I usually spend some part of her birthday reading my thoughts and journal entries from the past year.”

“Finding ways to remember helps people gradually come to terms with the loss of a baby. It helps you remember, but also let go,” says Helge Osterhold, a marriage and family therapist who coordinates bereavement services at the University of California, San Francisco’s Benioff Children’s Hospital.

Grieving can be especially difficult for parents who lost their child in pregnancy or at birth, Osterhold says, because they had so little time with the child who passed away.

“You don’t have the memories of experiences together, but rather you have lost the hopes and dreams of what the future was supposed to hold. It’s a rupture in your own life path that was just unfolding.”

There’s often an outpouring of support immediately after the loss of a baby, but with time, it dwindles, says Osterhold. Family and friends seem to go on with their lives and grieving parents often feel pressure from the people around them to move on and let go.

For the grieving parents, however, “moving on” isn’t possible. Their lives have changed forever, touched by a child who lives on in their hearts. There’s a real fear of forgetting or dishonoring that child. To cope with this and keep the child close, Osterhold tells parents to keep talking about their baby and keep their memories alive.

Crystal Theresa Zapanta says her greatest fear was forgetting about her son Calvin, who died when she was 18 weeks pregnant. “My time with him was so short, it could seem trivial and insignificant,” she says.

“A lot of people may think I’m holding on too long,” she says. “But I think it’s important to understand that to women who have lost their baby, this is so much a part of who we are now, how we handle things, and how we see the world. You can’t ignore who we’ve become.”

Ways to honour a baby you lost

Besides celebrating Lucy’s birthday, Duenas started a blog to remember her daughter. It includes written entries, photos taken in the hospital, a playlist of songs that remind her of Lucy (including “You Are My Sunshine,” sung by Norman Blake, and “Seasons of Love,” from the musical Rent), and links to advocacy groups that support legislation on stillborn research and parents’ rights.

Zapanta also keeps a blog to honor her son Calvin.

Kara Jarrar lost her son Jordan when she was 22 weeks pregnant. It has been 15 months since Jordan died, and Jarrar says while family and friends around her often expect her to be done grieving, she isn’t. On Jordan’s first birthday she released blue and white balloons. “It made me feel good to celebrate his birthday, even in such a simple way,” she says. “I plan on doing that every year.”

Hold on to physical mementos

Because Jordan’s birth was sudden, Jarrar didn’t have time to prepare. She only has a few photos of her son and treasures the footprints taken at the hospital after she delivered. Not all parents get pictures, footprints, or other remembrances of their baby who passed away, but having something tangible can be a huge comfort.

As a way to support other moms like her, Jarrar plans to work with hospitals in her community to provide disposable cameras to parents who have just lost their baby. “Even if they aren’t ready to look at the pictures right away, I know it can be a nice way to remember your baby,” she says.

Zapanta founded the site Calvin’s Cupcakes, where she creates virtual remembrances for parents who have lost a baby.

Parents provide their baby’s name, date of birth, and any special notes, and Zapanta creates a virtual cupcake that appears on the Calvin’s Cupcakes site on the baby’s birthday. There’s no charge, and parents are welcome to copy the cupcake and put it on their own website or blog.

“It’s my way of giving babies attention that they wouldn’t normally get,” says Zapanta. “That’s what’s hard in the baby-loss community. Some people seem afraid to mention our baby – they don’t want to make us feel sad or upset. Our babies are always going to be in our lives and we are always going to be sad. But we want to talk about it.”

She said the biggest reaction she gets from parents who visit her website is that they like to see their baby’s name on the screen. One Mother’s Day, Zapanta wrote in the sand the names of babies she knew had died and emailed photos to their moms. “One mom said, ‘I haven’t seen my son’s name in seven years. It’s so nice to see it,’” says Zapanta.

The internet has many groups where grieving parents support each other.

Wear a reminder of your baby

Zapanta and her husband each wear a resin pendant with their son’s ultrasound image on it. She made the pendants herself out of wooden tiles. Others make or order jewelry that features their child’s name or birthstone.

Lucy’s father, Watson Kawecki, wears a pin on his shirt or pocket every day in memory of his daughter.

A week after her son Jordan died, Kara Jarrar decided to get a tattoo on her arm of Jordan’s footprints.

“There are angel wings on the sides and a halo above his name,” says Jarrar. “I put it where everyone can see it. I like to talk about him. My tattoo has brought me the most comfort.”

Help other parents suffering a loss

After losing her son during pregnancy, Michelle Ramirez began Juanito’s Wish. The charitable group fills boxes with lotion, tissues, a book of quotes, and a teddy bear, and donates them to rural hospitals for parents who have suffered a loss. Other moms volunteer as grief counselors.

Zapanta asks friends to take and post photos whenever they see Calvin’s name on a street sign or book cover. On Calvin’s birthday, friends of Zapanta and her husband made scrapbook pages. “We don’t have his first steps or first words, but we have the people who care about us and care about him,” Zapanta says.

Start a foundation or fundraiser

Tracey Deitzler lost her daughter, Kali, when she was 9 weeks old. She was born ten weeks premature with multiple birth defects. Deitzler honors her daughter’s life with a fundraiser called For the Love of Kali. The money raised goes to various organizations that have helped Tracey and her family, and to the funeral home that provided their services for free.

Duenas and Kawecki’s daughter Lucy was born at 3:38 p.m. For the first year after she died, Kawecki sent Duenas a text message at 3:38 every day they were apart. “It would say, ‘I miss you,’ ‘I miss her,’ or just the word ‘love.’ Some days he sent a picture of the name ‘Lucy’ he’d seen out and about during his day,” says Duenas.